The above You Tube video clip was uploaded on April 23,2011 and have popped up recently on various "anti-Israel" sites. The clip shows the fictional President Bartlett of "The West Wing" receiving a 1709 map of what is now Israel, which is titled "Canaan/Palestine  or Holy Land", but does not mention Israel.

The president loves the gift and wants to put it up on the wall, but his staff members are afraid of the political and diplomatic fall-out.

Even though "The West Wing" is fiction. In the US the ‘pro-Israel’ crowd has developed such an over-sensitivity with respect to any real or perceived criticism of the state of Israel, that a real scene in which presidential advisers would advise not to display such a map because the ‘pro-Israel’ crowd could take offence seems like a very real possibility.

And of course the line "it the map doesn't recognise Israel" is just too funny. 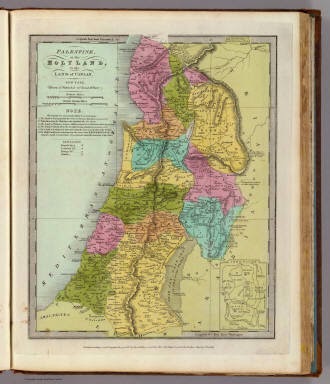 It's brilliant because it shows how politically charged history and geography can be. The way you teach history and the way you draw maps (both in how you label them and the boundaries you mark) is bound to upset someone off.


TRANSCRIPT from the above You Tube Video clip