Best Cities To Invest In Real Estate? Canada Ranks No. 1, 2 and 3 in International Index of World's Most Resilient Cities

Thursday, August 21, 2014 Posted by Real Estate Snatch
A report released today by Grosvenor's research team suggests that Canadian cities are the best bet for long-term real estate investment, with Toronto, Vancouver and Calgary taking the first, second and third spots respectively. The research ranks 50 of the world's top cities according to their resilience: a product of their environmental and social vulnerability and adaptive capacity, which covers community, infrastructure, resources, environmental and climatic factors. 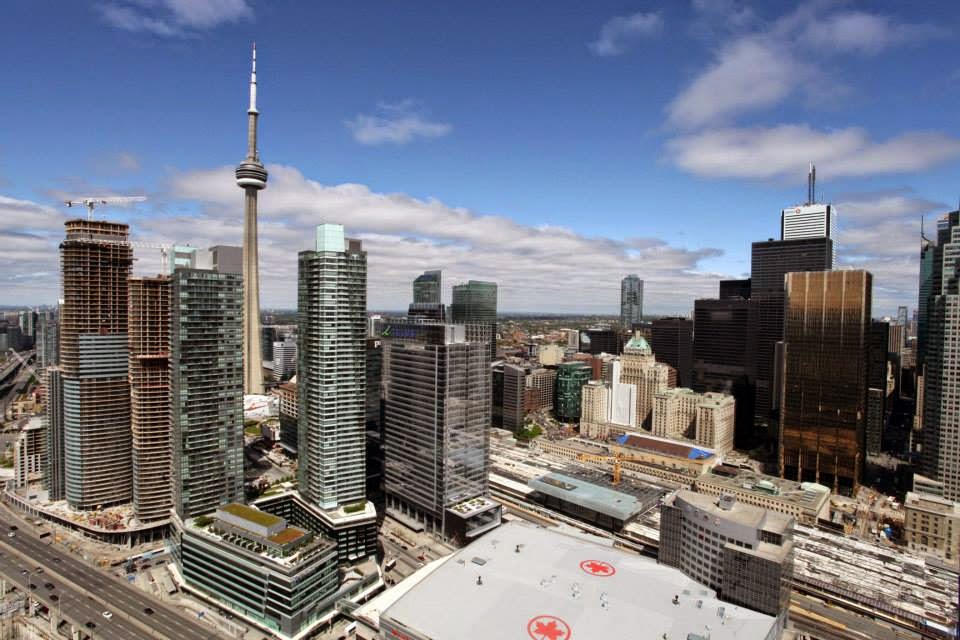 "Toronto is no stranger to the importance of resiliency, having endured natural disasters such as the 1998 ice storm and even Hurricane Hazel, in 1954," said Richard Barkham, Grosvenor's Group Research Director. "The investment of city leaders in infrastructure and its commitment to upgrading it over the decades has put Toronto at the top of Grosvenor's list of the world's most resilient cities."

"Canada, as a whole, is doing exceptionally well in developing resiliency. The top three most-resilient cities in Grosvenor's Resiliency index are Toronto, Vancouver and Calgary. For investors in property and real estate, it makes Canada a very sound long-term investment."

Chicago ranked fourth in overall resilience, coming in as the top US city in the study, due in part to its inland location that makes it less vulnerable to rising sea levels and storms. When ranked by adaptive capacity, however - the ability to cope with and recover from adverse events - New York City took first place, as demonstrated by its rapid recovery from both 9/11 and Hurricane Sandy. US cities took six of the seven top spots in the adaptive capacity ranking; New York is followed by Toronto, Los Angeles, Washington, DC, Chicago, San Francisco, and Houston.

Grosvenor's Resilient Cities study is being released at the Urban Land Institute's Spring Meeting in Vancouver, Canada, April 8-10, 2014. ULI CEO Patrick Phillips said:"Grosvenor's research will help greatly in advancing the dialogue among the public and private sectors on how to make cities less vulnerable and more resilient. In our view, environmental sustainability, community liveability and economic prosperity are all necessary components of long-term city resiliency. This report will inform ULI's ongoing work regarding the resiliency and adaptability of cities around the globe."

Commenting on the research, Grosvenor's Group Research Director Dr. Richard Barkham also said: "This research provides us with a powerful tool to use when looking at the risks and opportunities of long-term real estate investment in cities around the world. It helps Grosvenor, our clients and partners, to look beyond classic, but limited definitions of real estate investment risk, which have little meaning over the long-term, and instead broadens our understanding of a city and its risk profile.

"We are not suggesting that you shouldn't invest in those cities that place lower down the rankings, but the research highlights the risks those cities face and enables more informed decision making. In some cases there could be greater opportunities, especially where a city has made a step change in its commitment to improving its adaptive capacity." Mark Preston, CEO, Grosvenor Group said:

"Grosvenor has been investing in and developing real estate for over 300 years and a holistic understanding of the cities that we are active in is integral to the success of our business. It is certainly reassuring to see that we have long been active in some of the world's most resilient cities and this research gives us insight into where we may want to have a presence in the future."

Key findings from the research are:
Dr. Barkham added:

If you are investing with a short-term perspective, a portfolio of the resilient cities won't necessarily be less volatile; in fact you would have a more volatile portfolio if you only invested in the top five cities as they are very similar and moving in the same cycle. However, investors with a long-term perspective, such as pension funds or sovereign wealth funds can deploy capital in these cities and be confident that if they take a knock they will bounce back in a relatively short term. These cities are safe havens in a rapidly changing global environment."

Grosvenor's living cities approach recognises that the future success of our business is tied to the sustainable growth of the cities in which we invest, and understanding a city's resilience, its ability to avoid or bounce back from an adverse event, is an integral part of this.

A copy of the report, including the final resilience rankings, is available online at www.grosvenor.com.

About Grosvenor
Grosvenor is a privately-owned property group with offices in 19 of the world's most dynamic cities. We have regional investment & development businesses in Britain & Ireland, the Americas and Asia Pacific. Our international fund management business operates across all these markets and also Continental Europe. We also have indirect investments, managed centrally. As at 31 December 2012, the Group had total assets under management of £12.2bn. Unusually for a private company, Grosvenor publishes a full Annual Report & Accounts, available at: www.grosvenor.com