Friday, September 23, 2011 Posted by Real Estate Snatch
One of the most anticipated projects, the conversion of the Four Season’s hotel building by Camrost-Felcorp by rebuilding of the gateway to Yorkville. will once again usher in a new era

Yorkville Plaza Condos will usher in a new era for this world-class location, by offering the ultimate pied-à-terre address. Long a haunt of Toronto's elite as the Four Seasons Hotel, the building that holds good memories for many, it may now become a home for many of them. 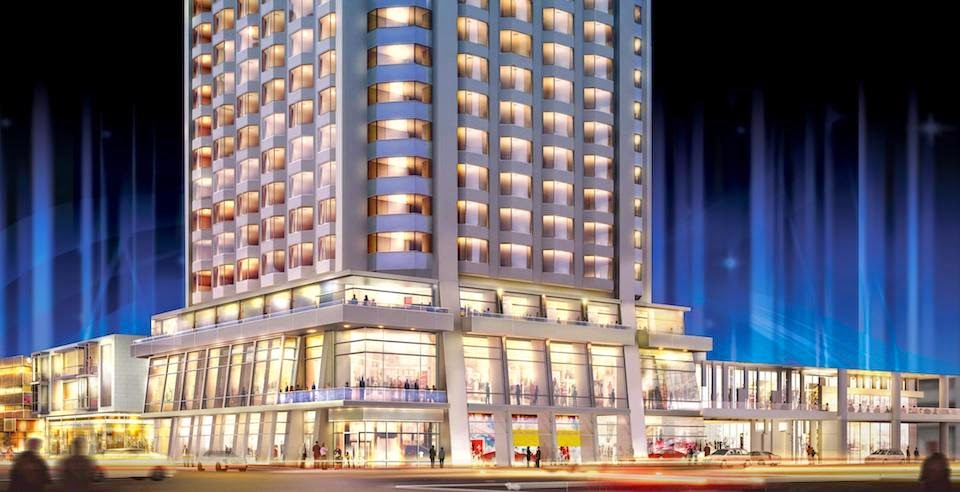 Camrost-Felcorp's launched the New Residences of Yorkville Plaza in the Avenue Road building that will soon enough be transformed from a luxury hotel into a luxury condominium.
With the Four Seasons hotel moving a block east in the Fall 2012, the 31-storey building at 21 Avenue Road was destined to be demolished and replaced with two new towers by its previous owner.

To make the business model work would have required a builder with some experience at reworking and saving the existing buildings.

New Owner Camrost-Felcorp will now offer a selection of pied-à-terre, one and two bedroom suites priced from the mid 300,000’s, as the complete revamp of each floor launches the International Collection of suite designs including the Manhattan, New York, Paris, Milan and London. 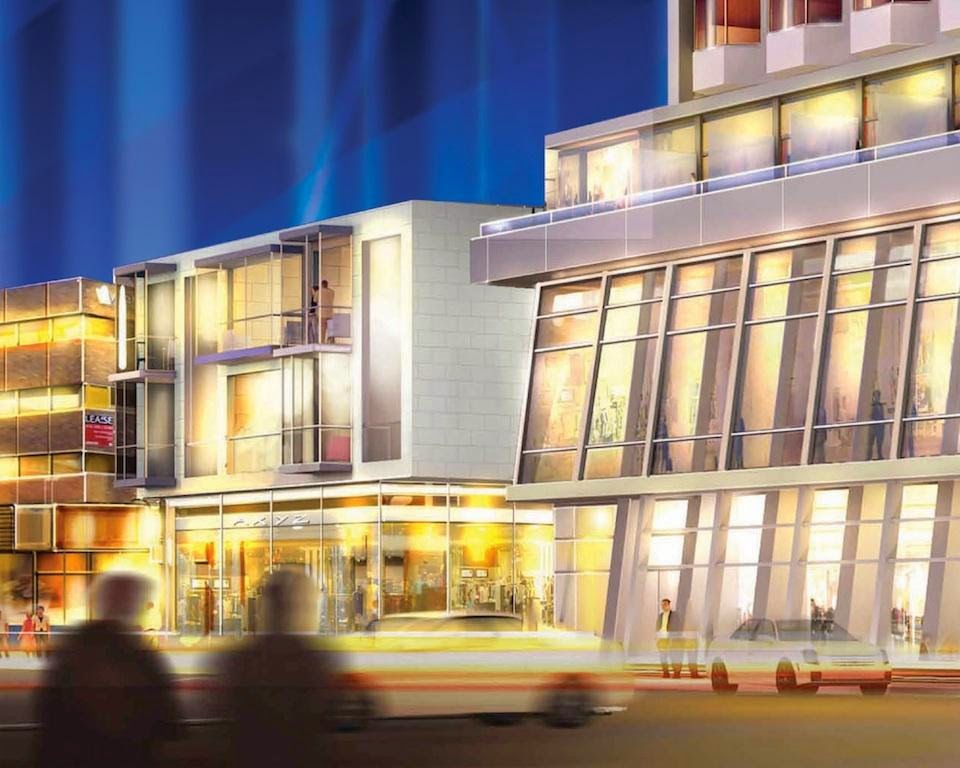 The Four Season’s building will be anchored by a contemporary two-storey glass podium featuring an impressive retail envelope that will revitalize a large commercial footprint along Yorkville Ave. and Avenue Rd 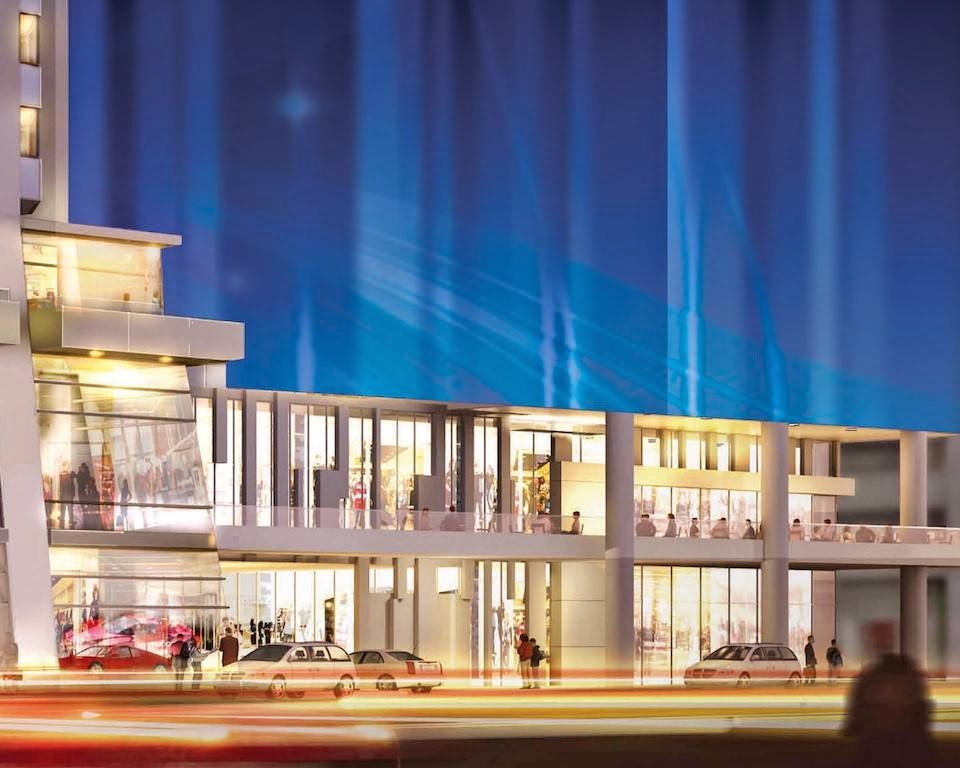 Building on its upscale character, unrivaled history and celebrity association, the New Residences of Yorkville Plaza will emerge as an iconic address by offering an exclusive collection of condominium suites that will become a pinnacle for this famed stomping ground. This project is beyond iconic, it’s really where everyone wants to be.

Patterns of opaque and transparent enameled glass, will allow the building to transform its appearance from day to night 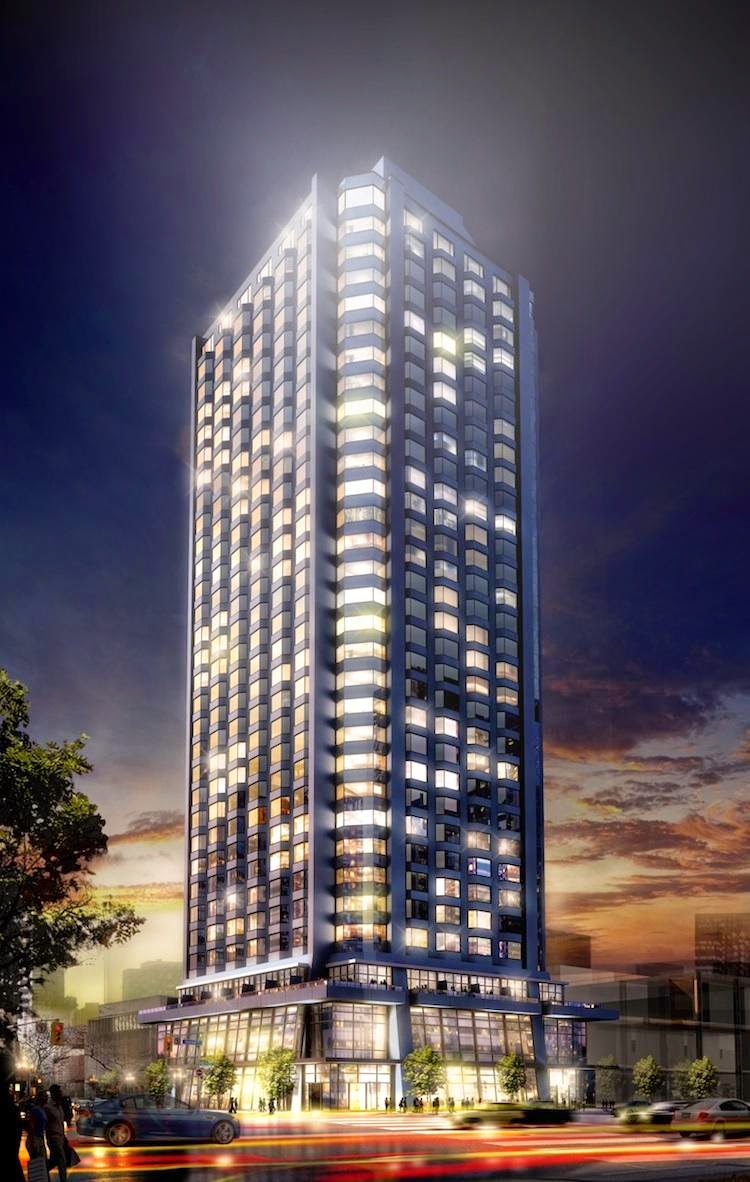 Vertical glass accents will rise from the podium to highlight Yorkville Plaza and animate this internationally recognized corner.

Camrost-Felcorp will offer a selection of pied-à-terre, one and two-bedroom suites, Corner units feature multiple bay windows with two bedrooms 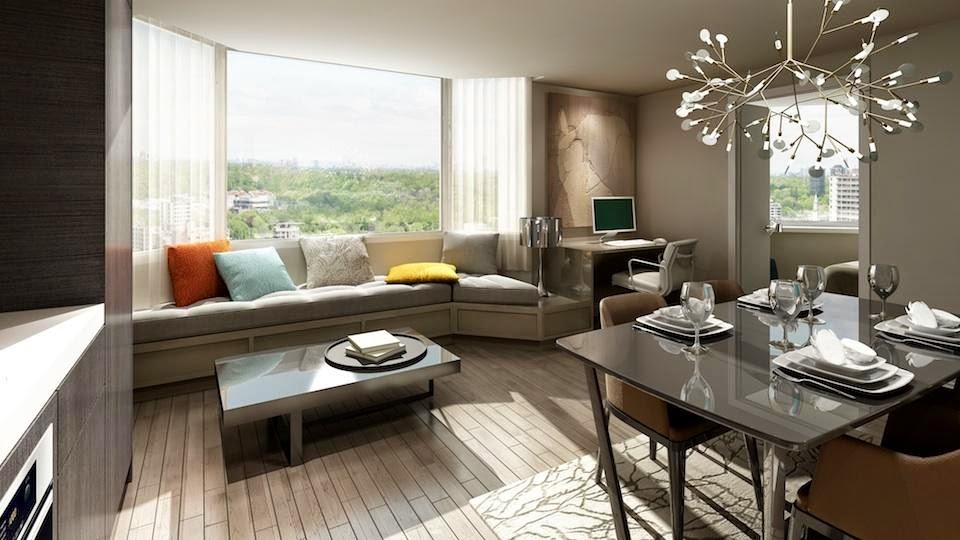 All suites cleverly feature highly tailored kitchens with sleek cabinetry and integrated appliances to offer all the latest urban conveniences for sophisticated living. 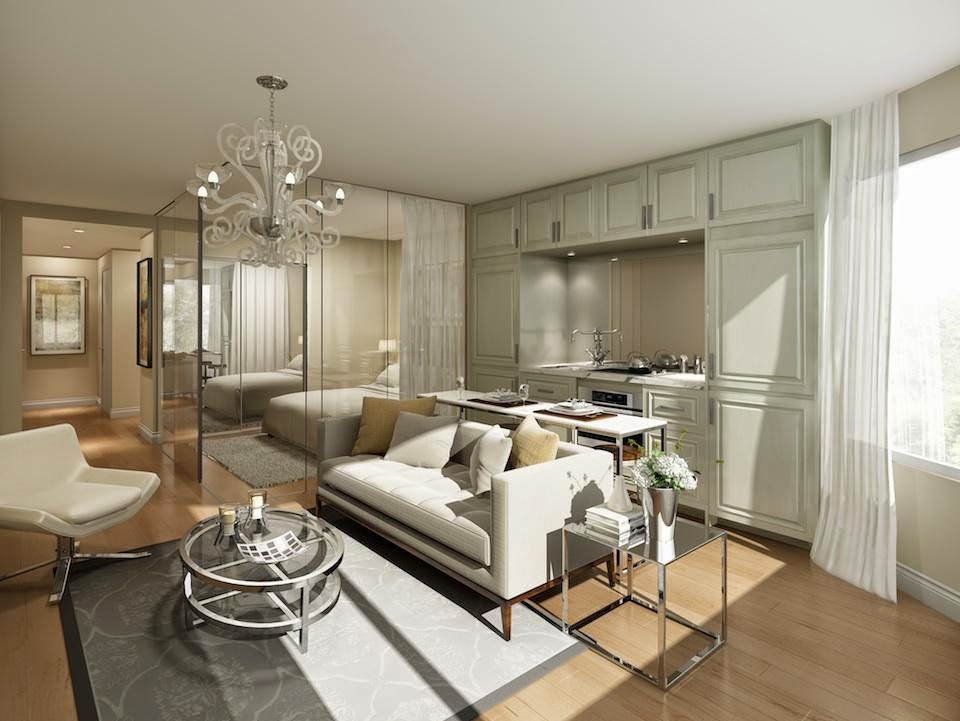 The suites in the building can be made up in a more classic palette, or a more modern one. 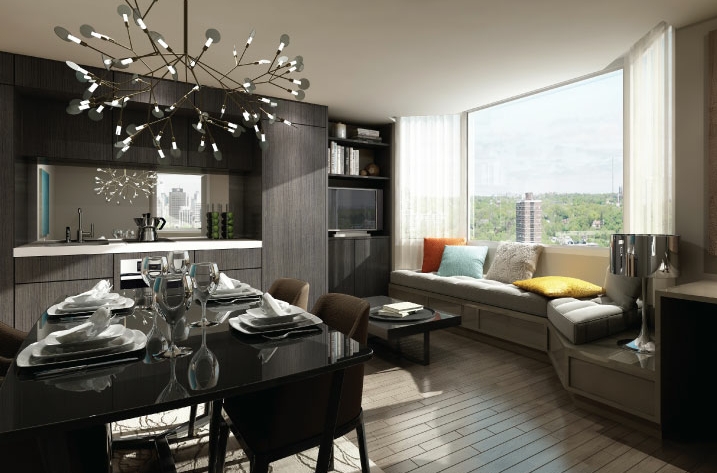 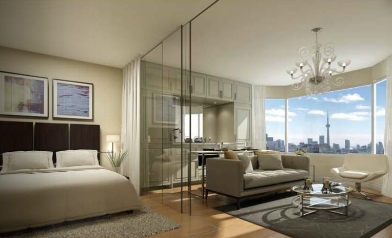 Most suites featuring a bay window. Glass Nwalled sleeping areas in some units will bring light deep into the suite.

The project is scheduled for completion in 2014