What The Future Of Transportation by plane Looks Like: Windowless? [Video HD] 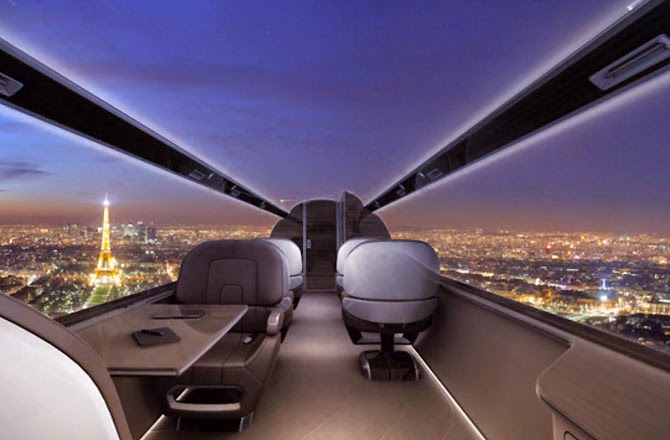 The idea is to provide a 360-degree view using cameras mounted on the plane’s exterior to capture the scenery and then project that on high-res screen on the interior cabin walls and ceiling. might seem like an impossible sci-fi realty but the fact is that we are not very far from this.

Other aircraft's manufacturer are exploring similar ideas of transparent cabins. In 2012 at the Paris Air Show, the European consortium Airbus presented an aircraft with an interior fuselage made of displays.

If these aircraft designs are any indication of the future of flight, are you looking forward to flying?

Check out the video above. It's very impressive.