Bank of Montreal is Shaking Up The Mortgage Market Again!

Despite doomsday scenarios from investors and experts who are skeptical about the hot booming real estate market, few bank executives are now speaking with much more confidence about the mortgage market by stirring up competition. 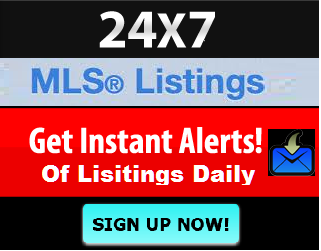 The last time a major Canadian bank’s mortgage rates fell to this level, in March of 2013, then finance minster Mr. Flaherty intervened and publicly called for “responsible lending” as he worried about an overheated housing market, and that such low rate would entice Canadians home owners and buyers to take on unsustainable debit and work against the conservative government's objected efforts to slow the momentum of the housing market.

While that’s not the lowest rate in the market, The bank (TSX:BMO) is the first of the major bank to move below the competitive 3-per-cent threshold. says it will offer the new rate until Sept. 30.

The timing again is driven by the fall in bond yields and that we are coming in to fall market that has traditionally been the one of busiest season for home buying. The Bank of Canada has warned that Canadians home owners and prospective buyers need to prepare themselves for a time when interest rates start rising, increasing the carrying costs of maintain a mortgage.

Of the major Canadian banks, BMO has the lowest advertised five-year, fixed rate, but other lenders are offering rates as low as 2.74 per cent, as posted on this website and according to the website Ratehub.ca.