The Canadian Real Estate Association (CREA) has updated its forecast for home sales activity via the Multiple Listing Service® (MLS®) Systems of Canadian real estate Boards and Associations for 2014 and 2015.

The deferral of sales and listings during an extraordinarily bleak winter delayed the start to the spring home buying season earlier this year. This deferral boosted activity in May and June as properties were snapped up after finally hitting the market, particularly in markets with a shortage of listings.

Although this boost was and still is expected to be transitory, sales have yet to show signs of cooling 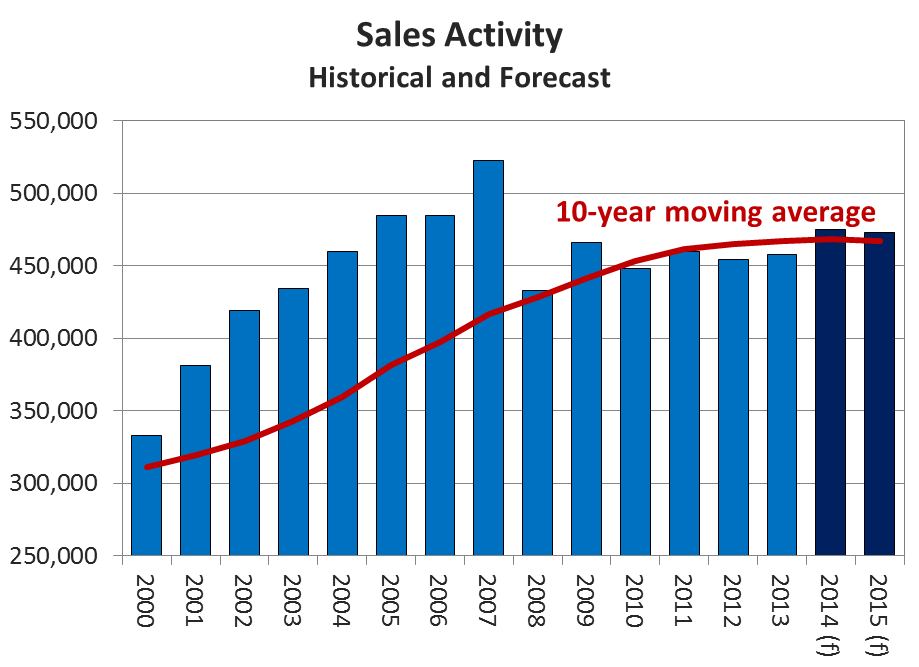 as activity strengthened slightly further over the summer. The increase reflects continuing strength in home sales among large urban markets that initially drove the spring rebound together with gains in markets where activity had previously struggled to gain traction. Lowered mortgage interest rates supported this trend.

Sales are now forecast to reach 475,000 units in 2014, representing an increase of 3.8 per cent compared to 2013. This is upwardly revised from CREA’s forecast of 463,400 sales published in June, and reflects stronger than expected sales in recent months. Even so, sales activity is expected to peak in the third quarter as the impact of a deferred spring dissipates and continuing home price increases erode housing affordability.

This would place activity in 2014 slightly above but still broadly in line with its 10-year average. Despite periods of monthly volatility since the recession of 2008-09, annual activity has remained stable within a fairly narrow range around its 10-year average. This stability contrasts sharply to the rapid growth in sales in the early 2000s prior to the recession. (Chart A). 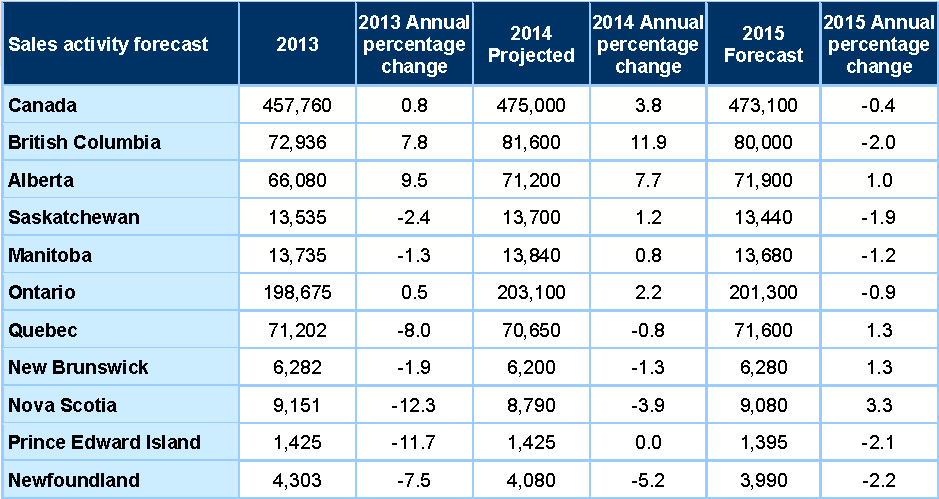 British Columbia is forecast to post the largest year-over-year increase in activity (11.9 per cent) followed closely by Alberta (7.7 per cent). Demand in both of these provinces is currently running at multi-year highs.

Activity in Saskatchewan, Manitoba, Ontario, Quebec and New Brunswick is expected to come in roughly in line with 2013 levels, with sales increases ranging between one and two per cent in the first three provinces and edging lower by about one per cent lower sales in the latter two provinces. Sales in Nova Scotia and in Newfoundland and Labrador are projected to be down this year by 3.9 per cent and 5.2 per cent respectively.

In other provinces, activity is forecast to decline in the range of between one and two per cent. In British Columbia and Ontario, this trend reflects eroding affordability for single family homes.

The national average price has evolved largely as expected since the spring, resulting in little change to CREA’s previous forecast. 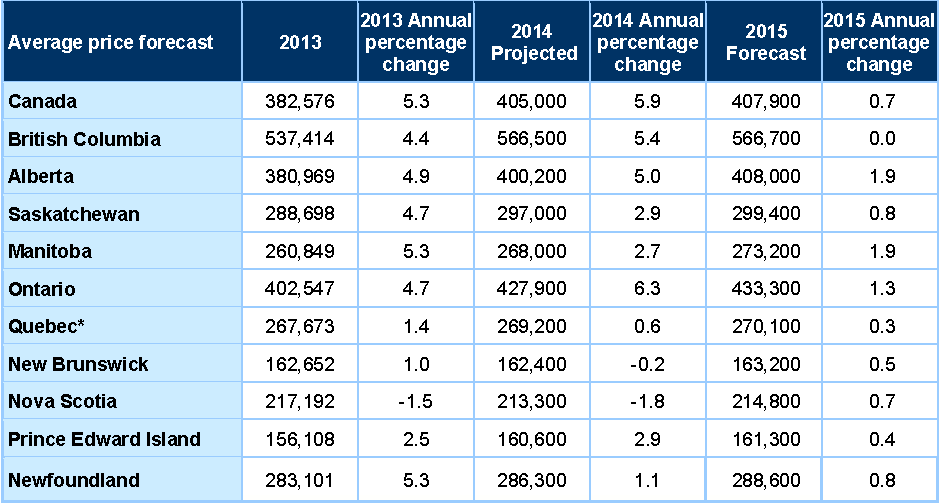 The national average home price is now projected to rise by 5.9 per cent to $405,000 in 2014, with similar price gains in British Columbia, Alberta, and Ontario. Increases of just below three per cent are forecast for Saskatchewan, Manitoba and Prince Edward Island. Newfoundland and Labrador is forecast to see average home price rise by about one per cent this year, while Quebec is forecast to see an increase half that size.

However, REAL ESTATE SNATCH is not liable for the use or misuse of the site's information. The information displayed on www.realestatesnath.com is for reference only.