The New luxury Four Seasons Hotel in Toronto has been acquired by Kingdom Holding Company (KHC) for $200 million. 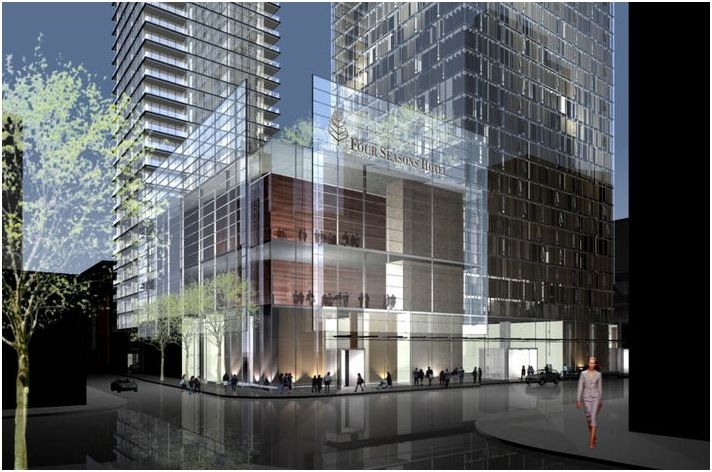 Saudi Prince Alwaleed Bin Talal Bin Abdulaziz Alsaud has added the New luxury Four Seasons Hotel, Toronto, to Kingdom Holding Company investment portfolio. .
Amancio Ortega Gaona, already the world’s fourth-richest person based on the success of his Zara fashion retail stores, has quietly amassed a real estate empire worth as much as US$10-billion and is emerging as a formidable competitor for prime properties from London to Beverly Hills.

Amancio Ortega Gaona has spent more than a decade amassing a high-end real estate portfolio across Europe and the United States, but this would be the first property of his in Canada, and the price comes close to a record valuation.

The founder and majority shareholder of Zara’s parent-company Inditex SA has made a firm offer of $255-million to acquire the building, which features high-end retail tenants Louis Vuitton and Tiffany & Co., and  is expected to close in July, sources familiar with the transaction say.

Ranked by Forbes in 2014 as the world’s fourth-richest man with a net worth of US$65-billion, Mr. Ortega is the owner of Ponte Gadea SL, a real estate holding company with a global reach.

Since 2001, Ponte Gadea has made $5.9-billion in acquisitions, targeting retail and office space in the U.S., Spain and the United Kingdom, according to data from global research firm Real Capital Analytics.

An employee at Ponte Gadea’s head office in Spain declined to speak to a reporter on Thursday.