Are you in the market to buy a five-floor penthouse with a commanding view of the Mediterranean, a massive infinity pool, dance floor, private chauffeur and a water slide snaking its way down from the dance floor? Hold on. Same here.


Tour Odeon will be Monaco’s first skyscraper since Prince Rainier banned tall buildings on the shoreline to avoid overshadowing the city. 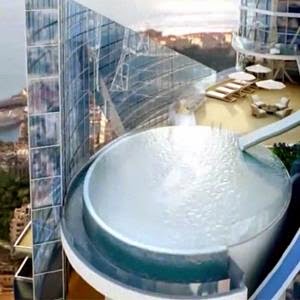 The penthouse, a five-floor 3,300 square-meter (35,500 square-foot) with a water slide.
Monaco, home to the rich and famous and the tax haven on the French Riviera, is experiencing a luxury-housing boom that will now includes the world’s most expensive penthouse. but The Tour Odeon isn't finished yet.

The world’s most expensive apartment: The Tour Odeon, which is still under construction and when finished will be topped with a five-floor penthouse that would cost a potential owner 300-million euros ($440-million), making it the most expensive in the world, according to broker Knight Frank LLP

The penthouse, a five-floor 3,300 square-meter (35,500 square-foot) with a water slide connecting a dance floor to a circular open-air swimming pool.

The Tour Odeon, a double-skyscraper being built by Groupe Marzocco SAM near Monaco’s Mediterranean seafront, may sell for more than 300 million euros ($400 million) when it goes on the market next year, French magazine Challenges reported.

In a typical day for The recently-wealthy expatriates following in the footsteps of Greek shipowners, Arab oil millionaires and Middle Eastern Jewish financiers who provided the postwar capital that turned the sleepy seaside rock into a prime investment paradise and a safe place to "hide your cash" are drawn to the principality not just for the convenience of living in a "city-state" with it's security, stability, financial but also for the good climate.

High-net-worth individuals want to be in this part of the world, Monaco already counts pop stars, Formula One drivers and Russian billionaires among its inhabitants. No one claims, however, to see much of Shirley Bassey, Ringo Starr or Roger Moore.

One in three of Monaco’s 38,000 residents are millionaires, according to a study by Spear’s magazine and WealthInsight.


Monaco-based architect Alexandre Giraldi designed The Tour Odeon, inspired by early 20th century Paris, which will house 36 more luxury flats, at a cost of more than 600 million euros to build, excluding the land. will be Monaco’s first high-rise since the 1980s.

A quarter of the apartments sold on the open market by Groupe Marzocco have gone to expatriates from the former Soviet Union, the company claim, without disclosing where they’re based.

A car parking space at the project costs 250,000 euros. That’s about the value of an average existing Condo in the Greater Toronto Area, according to data compiled by the Toronto Real Estate Real Estate Board (TREB)


A model apartment now being offered has 270 meters of internal space and 130 square meters of balconies and is valued at 28 million euros. The lower floors were sold to Monaco’s government for use by local citizens, who will enter the building through a separate entrance.


One in three of Monaco’s 38,000 residents is a millionaire. Larger apartments are in demand from home buyers moving their families to the principality of Monaco.

With just 15 new apartments sold in the last year, the average price was 9.3 million euros, compared with 2.9 million euros two years earlier, according to government data.

Monaco will have to further expand into the sea and build more residential skyscrapers like Tour Odeon to cater to the expected influx of wealthy buyers, according to a May report by Savills. 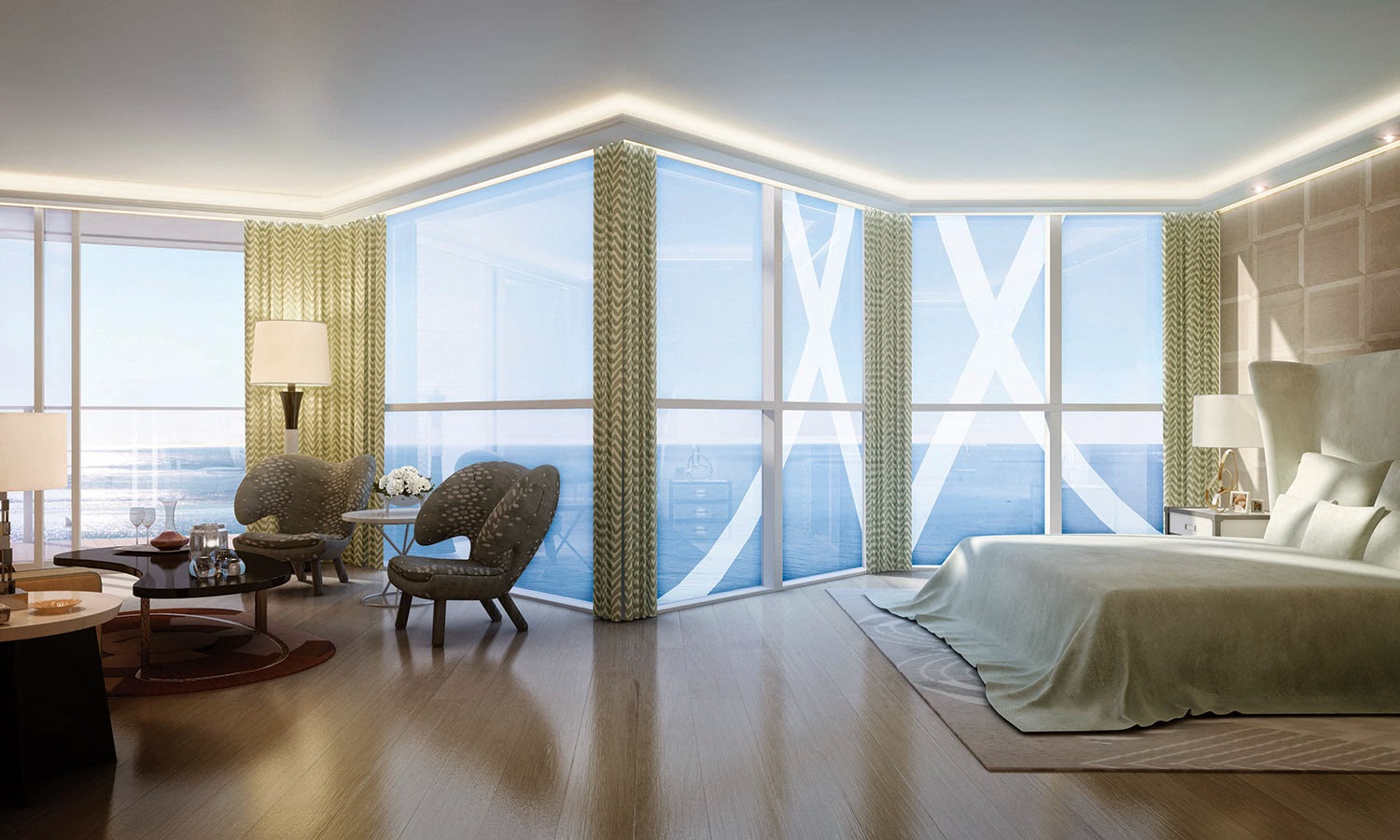 So far, 26 flats have been sold. If you're planning on making a bid for the penthouse, to get to first of the line, it obviously, starts here. Take a tour of all the opulent that  the developer's website.  offer.
Have some more to ad to this story? Comment below
Follow REAL ESTATE SNATCH On Twitter and Facebook!
Have something to share with us?
E-mail us at scoop@realestatesnatch.com
Read more from REAL ESTATE SNATCH Post blog: