GTA REALTORS® Release Monthly Resale Housing Figures for July 2013 total sales were up by 16 per cent compared to July 2012. [Video]

Friday, August 02, 2013 Posted by Real Estate Snatch
Greater Toronto Area REALTORS® reported 8,544 residential sales through the TorontoMLS system in July 2013.  Total sales were up by 16 per cent compared to July 2012.  Over the same period, new listings added to TorontoMLS and active listings at the end of the month were up, but by a substantially smaller rate of increase compared to sales.
“Last month’s sales represented the best July result since 2009 and was the third best July result on record.  Despite recent increases in average borrowing costs, home buyers are still finding affordable home ownership options in the GTA,” said Toronto Real Estate Board President Dianne Usher. 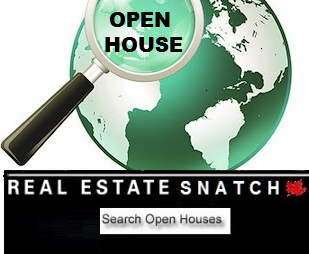 “We are a year removed from the onset of stricter mortgage lending guidelines and many households who put their decision to purchase a home on hold have reactivated their search.  An increasing number of these households are getting deals done,” continued Ms. Usher.

Reflecting tighter market conditions, the average selling price for July sales was up on a year-over-year basis by eight per cent to $513,246.  The low-rise market segment continued to be the driver of overall price growth.  It should be noted, however, that the average condominium apartment price was also up by more than the rate of inflation on an annual basis.  The MLS® Home Price Index (HPI) was also up on a year-over-year basis for all major home types.
“We are forecasting continued average price growth for the remainder of 2013 and through 2014 as well.  Months of inventory for low-rise homes remains near record lows, suggesting that sellers’ market conditions will remain in place in the second half of 2013.  An increase in listings in 2014 would lead to more balanced market conditions and a slower pace of price growth next year, albeit still above the rate of inflation,” said Jason Mercer, TREB’s Senior Manager of Market Analysis.