The further decline in oil prices since CREA’s last forecast has shaken consumer confidence in the Prairies, pushing potential homebuyers to the sidelines and prompting more homeowners to put their home on the market. This has led to a rapid shift in market balance in Alberta, and to a lesser extent, Saskatchewan. Annual sales in these provinces are expected to come in well below elevated levels posted last year, with small declines in average residential prices in 2015. 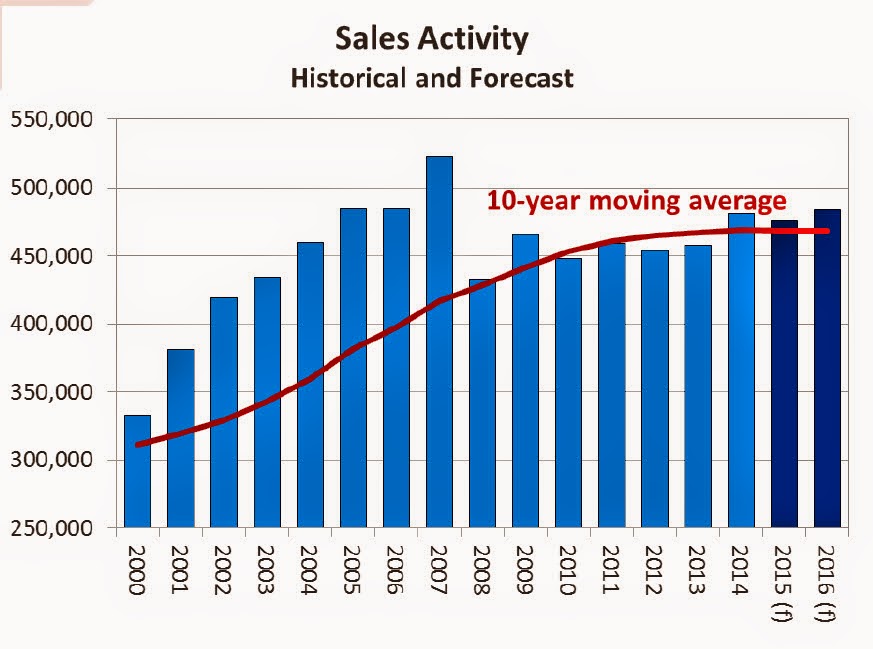 Additionally, the Canadian dollar has weakened further against the U.S. dollar, mortgage rates have declined and the U.S. economy has strengthened since CREA’s last forecast, which taken together are expected to benefit economic and job growth in other provinces. Accordingly, CREA has upwardly revised its forecast for sales activity for much of the rest of the country.

The balance between supply and demand continues to tighten in British Columbia and Ontario. These are the only two provinces where tight supply relative to demand is expected to result in average price gains that surpass inflation this year. 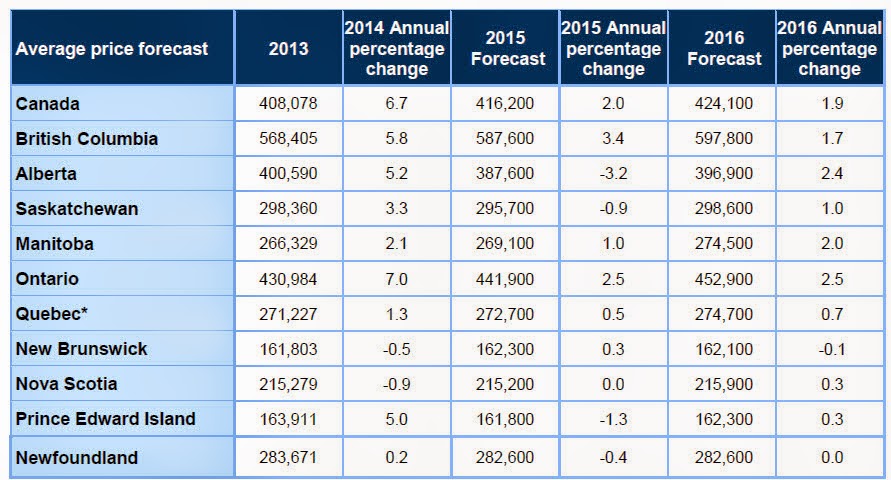 By contrast, average prices in Quebec and the Atlantic region are expected to remain relatively stable, as sales deplete elevated levels of supply.

On balance, the forecast for national sales has been revised lower, reflecting downward revisions to the outlook for sales in Alberta. National sales are now projected to reach 475,700 units in 2015, representing an annual decline of 1.1 per cent. This would place annual activity slightly above but still broadly in line with its 10-year average (Chart A).

British Columbia is projected to post the largest annual increase in activity in 2015 (+4.9 per cent) followed closely by Nova Scotia (+3.7 per cent), Quebec (+2.5 per cent), New Brunswick (+2.5 per cent), Ontario (+1.9 per cent), and Prince Edward Island (+1.4 per cent). These numbers represent upward revisions to CREA’s previous forecast.

Alberta is expected to post the largest annual decline in sales this year (-19.2 per cent), though the trend for activity is expected to begin recovering from a weak start to the year as consumer confidence recovers. Sales are also forecast to decline on an annual basis in Saskatchewan (-11.2 per cent), and Manitoba (-2.2 per cent).

The national average home price is now forecast to rise by two per cent to $416,200 in 2015. Only British Columbia (+3.4 per cent) and Ontario (+2.5 per cent) are forecast to see gains in excess of the national increase. 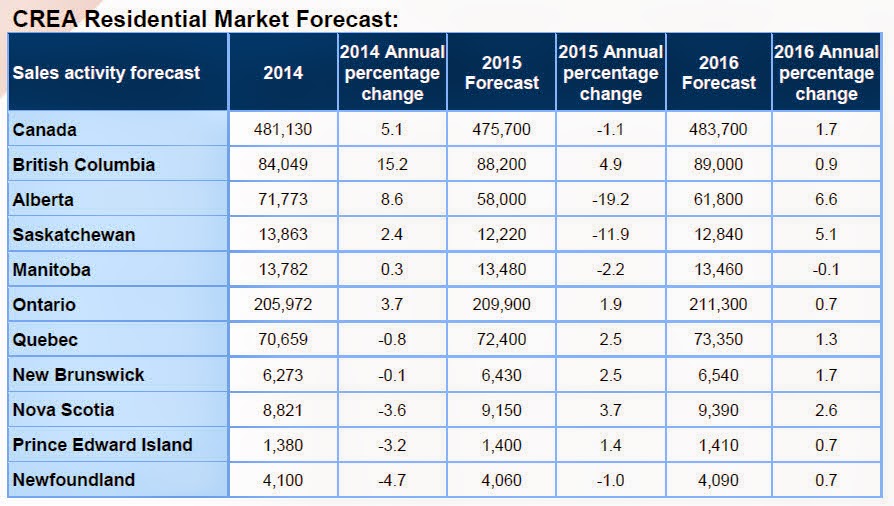 Prices are projected to remain largely stable elsewhere, with increases or decreases of around one per cent or less this year. The exception is Alberta, where average price is forecast to fall by 3.4 per cent, reflecting a pullback in sales for luxury properties compared to homes in more affordable price segments.

Strengthening economic prospects are expected to result in improving sales activity in other provinces where sales have struggled, keeping prices more affordable amid ample supply. Meanwhile, anticipated mortgage rate increases are expected to keep activity in check in markets where homes are already less affordable and prices have continued rising.

The national average price is forecast to rise by a further 1.9 per cent to $424,100 in 2016. Given an ongoing shortage of supply for single family homes in and around the Greater Toronto Area, price growth in 2016 is forecast to be strongest in Ontario (+2.5 per cent) and Alberta (+2.4 per cent).

Gains of around two per cent are forecast for British Columbia and Manitoba, and around one per cent for Saskatchewan and Quebec. Average home price in the Atlantic region is forecast to hold steady in 2016.