Could A Toronto Developer Steal and Flee with New Condo Buyers’ Deposits ?


A Toronto lawyer has been arrested and charged with fraud on allegations that about 141 North York condominium buyers were allegedly cheated out of their deposits. The amount lost by the buyers, to date, is in excess of $2 million and could be as high as $14.9 million in deposits for investment to buy units in a building that was never constructed.

Meerai Cho, 63, a Toronto lawyer, her website states she specialize in real estate, immigration and family law, who now faces a combination of 75 charges for fraud, possession of property obtained by crime and breach of trust said a Press Release by Toronto Police.

The charges relate to 25 victims who have come forward so far, but police suspect there are as many as 141 of them. Victims have lost up to $700,000 depending on how much down payment they have submitted and what they were planning to buy in the mixed residential, commercial, and hotel development on Yonge Street.


Police alleged Cho’s, acting as a lawyer on behalf of the Centrust Group, completed purchase-and-sale agreements for pre-construction condominiums at 5220 Yonge Street.
that her accounts were “decimated,” and they do not yet know “where the money went” or if it still in the country or not. If it has been removed from Canada, the recovery process would be “very difficult.” Police also said said Cho has not been co-operating with them, and noted she has not had any prior offences or professional suspensions.

She was scheduled to appear in court at 1000 Finch Avenue West on Thursday, October 2, 2014, 1 p.m., room 301. and was released on bail on the condition that she agree to appear in court on that date. None of the allegations have been proven in court.

At same time she was also suspended by the Law Society of Upper Canada. In response to an LSUC motion to suspend her licence while it investigates the matter, Cho said she had never represented a builder before the Centrium project and had never held trust funds that didn’t belong to her clients.

Cho’s charges stemmed from her involvement with builder Centrust Development for the project known as Centrium Condos. The developer for the North York site, had planned to turn a vacant lot at Yonge St. and Finch Ave. into a 14-storey hotel and 30-storey residential tower with some commercial space. 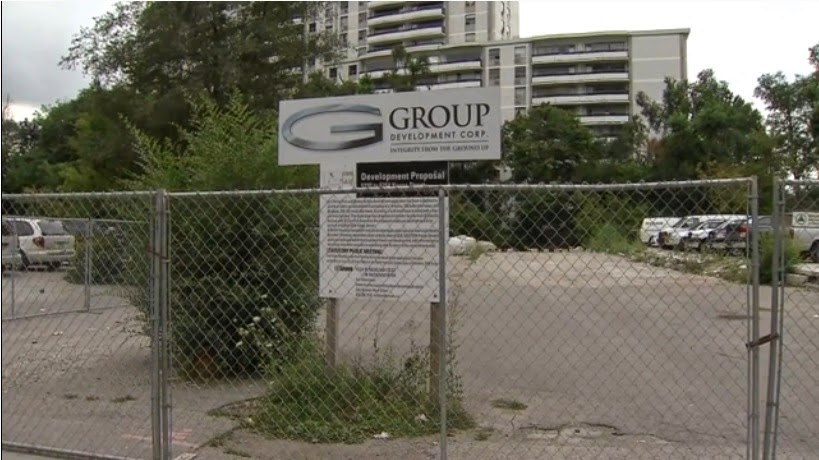 When the Centrium developer, Joseph Lee, started asking her to transfer the deposit fees to him in November 2010, she believed he had authority to instruct her to do so, her lawyer Bill Trudell wrote in a response filed in the law society case.

Cho graduated from law school at the age of 50 and the Centrium project was “by far the biggest project on which Ms. Cho had worked,” Trudell noted..

Now the victims need to get their deposits back. But this is just the start, even though not all the facts are in yet, it’s looking like a lot of these pre-construction condo buyers are going to lose their deposits, and a Toronto lawyer may well be in major trouble for allegedly allowing a developer to access funds that were in trust.

Since this is the first we've heard of this happening in our industry. This should not be a reason why prospective buyers shouldn't be buying pre-construction development, but a lesson.

Buyers must always exercise due diligent and be aware of the risks involved before handing out deposits money, and even if requested by the sellers for large deposit, they should try to negotiate and always avoid not to give large amount on a project with long closing date, be it for buying pre-construction or resale.

Cho, who was holding the money for Builder in trust, has promised the funds would be returned. Shortly after, buyers claim, Cho filed for bankruptcy and the property was sold.

Some buyers maybe glad there was quick action by the police for the arrest and charges. It may prevent her from leaving the country but will not Guarantee them getting their money back.

Also disappointing that some of the disgruntle buyer of today, had started a thread on this matter, since 2009 at urbantoronto.ca , then they were excited condo buyers posting comments about floor plans, pricing, features, and pre-sale events, but regrettably more recently the threads escalated from the happy buyers to today's desperate buyers wanting to get their deposit back, asking others to “spread the word” and contact news programs, newspapers, bloggers, and of course Toronto Police.

It appear that the developer was originally represented by a law firm called “Bratty’s,” and those buyers whose deposits were held by this firm either received them back, or are in the process of doing so.

The developer was then represented by Meerai Choi, and she is alleged to have given In error the funds held in trust account by her law firm’s directly to the original developer, Joseph Lee, who is now allegedly back in Korea.

As most of us REALTOR'S who had to explain to our clients when they hand us that big deposit when request by the seller for $70,000, "Don’t worry", this money will be held in the brokerage’s trust account; and that every brokerage must have one. The cheque is made payable to the seller Brokerage, In Trust, not the seller. in this case it is a lawyer trust account.

The reason that law firms and real estate brokerages must have trust accounts under the law, is for such reasons being alleged above: that the seller or developer may takes the funds and absconds with the money.

Again if that money is really over in Korea right now, it’s never coming back. and perhaps Tarion Warranty Corp can cover a portion of the losses, up to $20,000, but I think many of those investors paid way more than what is covered under TARION and may be out of luck.

It’s a terrible story, and to be honest, I think this is just the beginning. and it is a matter of time before those investor face realty and not be surprised that it maybe long time before they see a dime, and a very, very unpleasant ending…

Police believe there may be more victims. Anyone with information is asked to contact police at 416-808-3200, or via email b8840@torontopolice.on.ca, or Crime Stoppers anonymously at 416-222-TIPS (8477), online at www.222tips.com, text TOR and your message to CRIMES (274637), or Leave A Tip on Facebook. Download the free Crime Stoppers Mobile App on iTunes, Google Play or Blackberry App World.

Toronto police are investigating a number of fraud complaints from people who thought they were buying units in a yet to be built North York condominium. Cindy Pom spoke with some of those families and tells us why at least one man noticed warning signs early on.