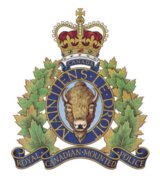 The RCMP has launched a website listing the location of where marijuana grow-ops were found. The National Grow Initiative is an RCMP-led project launched on September 21st, 2011 in Ottawa that will focus on enforcement, deterrence
and awareness as part of the National Anti-Drug Strategy.
Properties addresses will remain on the RCMP website for a period of one year.


The website's address is www.rcmp-grc.gc.ca/drugs-drogues/mgi-ircm/index-eng.htm.

British Columbia leads the list with the most grow-ops discovered, with several dozen locations listed, mainly in the Surrey area. A property in Hope, B.C., displayed on the website, was said to have had 6,496 marijuana plants found on it in June, 2011.

Categorized by provinces, the website lists the addresses of Properties, outbuildings and businesses where search warrants were executed. It also lists when the busts were made and how many marijuana plants were found. Clandestine drug labs are also included in the database.

Grow-ops are a major problem for Canadian Real Estate investors, this information will empower Canadian home buyers as well As Real Estate Investors with a database of former grow-ups known to Canadians ".

So far, the only way for buyers to know if a Properties, outbuildings and businesses was a grow-op is for the property seller to disclose that information.

Marihuana Grow Operations and clandestine labs harm communities. They appear in homes or outbuildings in residential, rural or commercial/industrial areas. Wherever they exist, there is an increased risk of criminal activity and serious or even irreparable damage to personal property. The following addresses contained a Marihuana Grow Operation or clandestine lab that was dismantled by the RCMP under the authority of a search warrant.