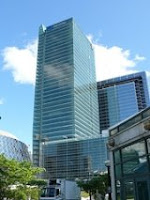 Last month, TREB Commercial Members reported 561,994 square feet of leased space, down 36.7 per cent from the 887,434 leased square feet recorded in August 2010."Exports to the United States contracted recently due to slower
than expected growth south of the border. It is reasonable to assume this temporarily impacted the demand for commercial real estate in the GTA," said Commercial Division Chair Larry Purchase. "

By all accounts, the trade situation is expected to improve. This bodes well for resumption in growth for commercial leasing and sales."

TREB Commercial Members reported 52 sales of IC&I properties last month, including 27 industrial buildings of all size categories which sold for an average price $58.83 per square foot. This represented a 42.2 per cent decline from the average of $101.77 per square foot recorded in August of 2010.